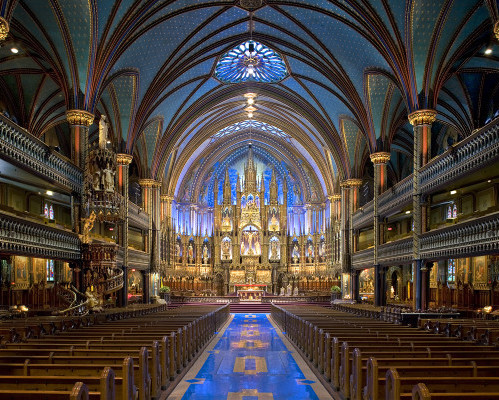 Located in the heart of Old Montréal, Notre-Dame Basilica is a splendid example of English Gothic Revival architecture. Every year, hundreds of thousands of visitors from around the world come to see its richly decorated interior and the boldly modern design of the Notre-Dame du Sacré-Coeur chapel. Come celebrate the founding of Montréal and the Notre-Dame Basilica with the city’s most spectacular sound and light show. State of-the-art multi-media techniques highlight the Basilica’s exceptional works of art and bring to life its cultural, architectural and spiritual heritage. 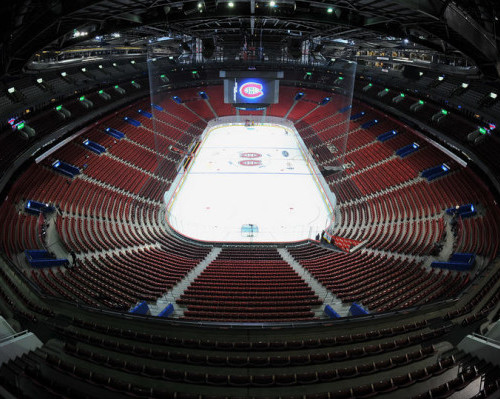 The Bell Centre is a multi-functional amphitheatre, home of the Montréal Canadiens and venue of choice for internationally renowned concerts! It also has guided tours, hockey games, Ovation Resto-Bar, and the Boutique des Souvenirs. 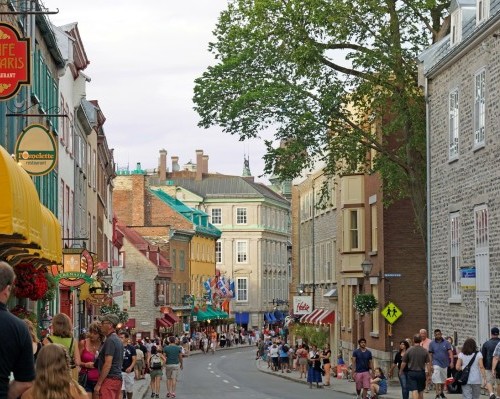 As Quebec City played such an important role in the history of North America, it is an ideal location for student groups to integrate their learning with a great experience.  We can provide a variety of services such as: Walking tours, Step on services and accompaniment services. In addition, we have student group activities that can be added to your groups visit. Also, we have developed a fun activity in the form of a Scavenger Hunt; where the students work in groups of 4 to find the correct answers to questions we have prepared. This can be done in addition to the walking tour or separately. 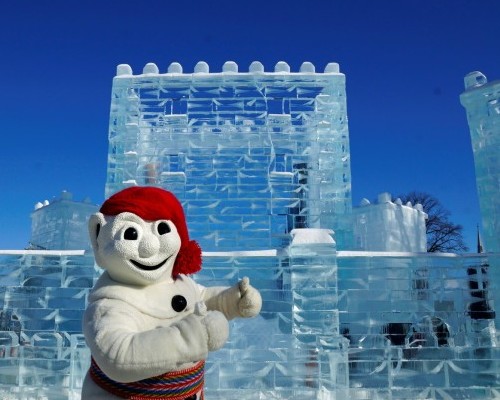 THE LARGEST WINTER CARNIVAL IN THE WORLD Since the beginning of our French colony, the habitants of New France created a rowdy tradition of getting together just before Lent to eat, drink and be merry. The custom of celebrating from the end of January until mid-February has long been popular. The first large winter Carnival in Quebec City, the world’s snow capital, took place in 1894. Interrupted by two wars, then the economic crisis of 1929, the Carnaval de Quebec was held sporadically until the second half of the century. In 1954, a group of business people re-launched the festivities. That year, Bonhomme was born and elected the event’s representative. The first official edition of the Québec Winter Carnival took place in 1955. From one winter to the next, the Carnival enriched its activity program. We have since added even more popular activities, such as winter sports, snow sculptures, and activities based on the traditional Québec lifestyle, such as canoe races and dogsled races. The Québec Winter Carnival is the largest winter carnival in the world today, and is third on the List of Top Carnivals after the famous carnivals in Rio and New Orleans. 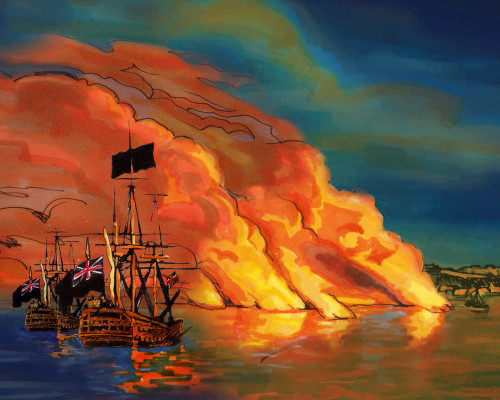 Experience the battles of the Plains of Abraham as if you were actually there through an incredible immersive projection featuring original accounts from the protagonists of the period. Follow this epic story through a collection of uniforms, large maps, scale models, interactive games, and period reproductions. You’ll learn all about the strategies, skirmishes, tactics, camp life, clothing, and regiments. 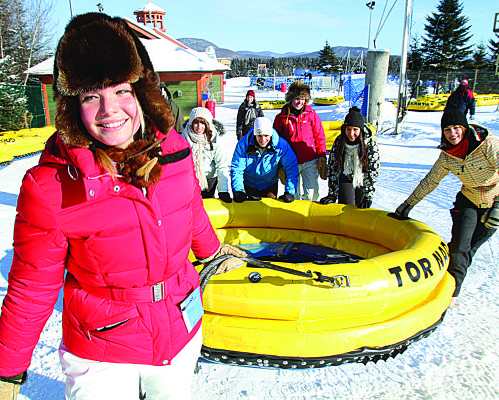 The Village Vacances Valcartier offers you the biggest, most exciting water and fun park in Canada and winter sports park in North America. Come and see the magic of the world class Jacques-Cartier River in rafting, the family tour of a calm and interesting river run, or a horseback ride for discovering the marvelous scenery of the valley that surrounds the Jacques-Cartier River. Hotel, camping and meals are available. 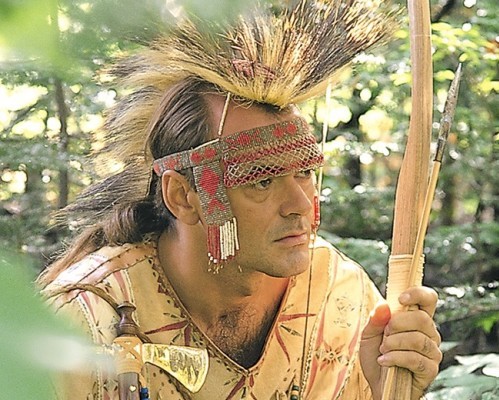 The Huron Village is a North American Indian historical site unique in the province of Québec. Take a guided tour by a North American Indian and visit the longhouse; the way of living before contact with Europeans; see an authentic tee-pee; learn about the history of the Hurons and share traditional food.  Legend teller and educational packages are available upon request. 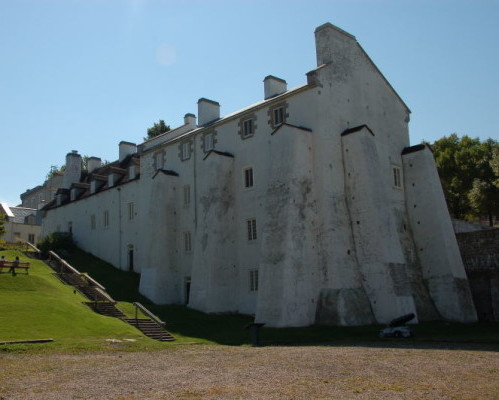 In the heart of Old Québec, Artillery Park is home to over 250 years of French, British, and Canadian military history. In the tea ceremony program, experience the sumptuous lifestyle of British officers, sip a cup of Earl Grey tea, get into character, and take part in an interactive theatrical performance! Participants are instructed in the art of serving proper English tea while learning about 19th century etiquette, life as an officer, and the historical background of Québec high society, circa 1830. Costume program also available 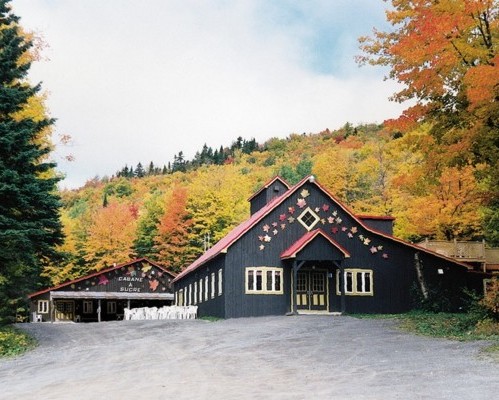 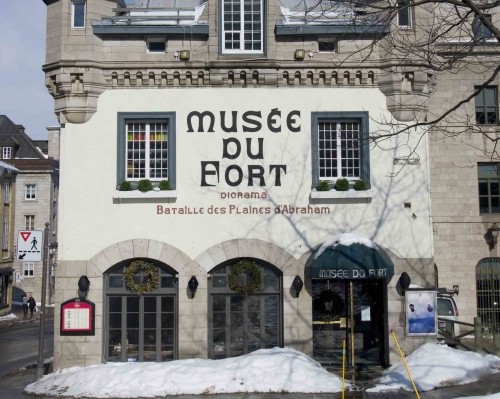 Come and relive, in sound and light, the six sieges of Québec, including the famous Battle of the Plains of Abraham, and Benedict Arnold’s march to Québec. This exciting historical period is brought to life with a 400 square foot scale model and a re-enactment of the events leading to the end of French colonial rule. 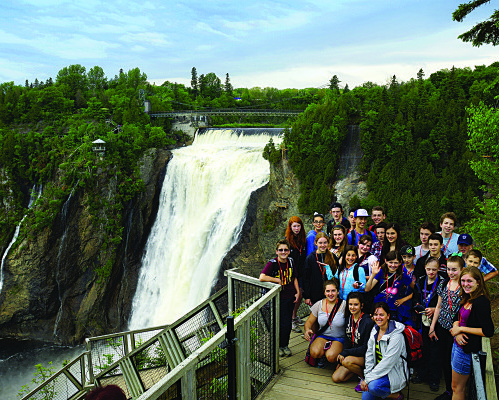 Montmorency Falls is a natural and historic site that is just breath-taking. The falls are 83 meters or 272 feet (30 meters or 100 feet higher than Niagara Falls). Cable car, interpretation centre, pedestrian foot bridge across the falls, stairs to the base of the falls for a panoramic view, boutiques and a restaurant of fine Québécoise cuisine are all on site. 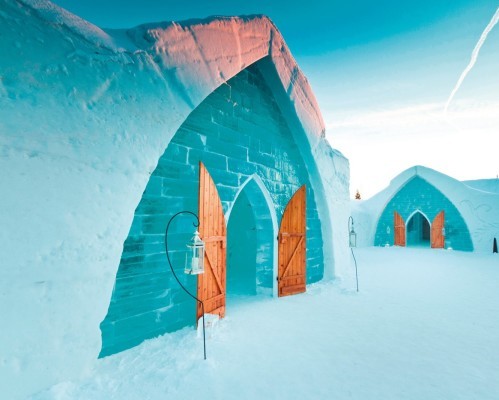 Located at only 10 minutes from downtown Québec City, the Hôtel de Glace is a must-see attraction to discover every winter. The only Hôtel de Glace in America, has seduced over a million people around the world since its opening in 2001. With its huge snow vaults, its crystalline ice sculptures its 44 rooms and suites, the Hôtel de Glace impresses by its dazzling decor. Seasonal